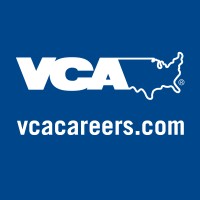 What are the highest paying jobs at VCA Antech?

VCA Animal Hospitals, incorporated as VCA, Inc., operates more than 1000 animal hospitals in the US and Canada. The company is based in Los Angeles, and was founded in 1986. Until its acquisition by Mars in 2017, VCA traded on the NASDAQ under the ticker "WOOF".

In 2014, VCA acquired the dog day care center Camp Bow Wow, which had about 140 franchises in the US and one in Canada and licensed The Barkley Pet Hotel & Day Spa brand in Westlake Village, California from Beverly Hills Pet Hotels, Inc.

On January 9, 2017, Mars Inc. announced its intention to purchase VCA for $9.1 billion, operating it as an independent unit within Mars Petcare. VCA CEO Bob Antin remained in his position.

VCA Antech Job Search in US and Canada

Get paid to dream at work: This company will pay you to nap
Sara London
The average salary of a Chipotle general manager is $100K — and they’re hiring
Kyle Schnitzer
Amazon is now hiring 75K workers — and offering some $1K bonuses
Kyle Schnitzer
Ladders / Company / VCA Antech