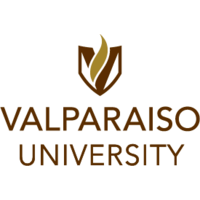 What are the highest paying jobs at Valparaiso University?

Valparaiso University is a private university in Valparaiso, Indiana. It is a Lutheran university with about 4,500 students from over 50 countries on a campus of 350 acres.

Valpo has five undergraduate colleges, a graduate school, and a law school. It is home to the second-largest collegiate chapel in the world, the Chapel of the Resurrection.

Originally named Valparaiso Male and Female College, Valparaiso University was founded in 1859 as one of the first coeducation colleges in the United States. Due to reverses brought about by the Civil War, the college was forced to close in 1871. Two years later it was revived by educator Henry Baker Brown and named Northern Indiana Normal School and Business Institute. At the turn of the 20th century, Brown changed the college's name to Valparaiso College, and soon after it was rechartered as Valparaiso University. Initially founded by Methodists, the Lutheran University Association purchased it in 1925. The Association continues to operate it today.
% Masters:
67%

...with Valparaiso University and 1000s of other companies paying $100K+