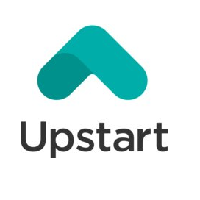 What are the highest paying jobs at Upstart?

Upstart is an AI lending platform that partners with banks to provide personal loans using non-traditional variables, such as education and employment, to predict creditworthiness.

Upstart first launched in April 2012 with an Income Share Agreement product, which enabled individuals to raise money by contracting to share a percent of their future income. In May 2014, Upstart pivoted away from this product and toward the personal loan marketplace. With this pivot, Upstart began offering a traditional 3-year loan, and has since expanded to offer a 5-year loan product as well.

Upstart developed an income and default prediction model to determine creditworthiness of a potential borrower. This means that in addition to traditional underwriting criteria—FICO score, credit report, and income—the Upstart underwriting considers education variables—colleges attended, area of study, GPA, and standardized test scores— and work history to develop a statistical model of the borrower's financial capacity and personal propensity to repay.

Upstart Job Search in US and Canada

Top Jobs at Upstart by City