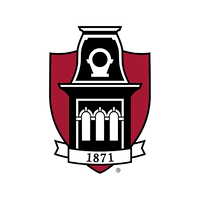 What are the highest paying jobs at University of Arkansas?

The University of Arkansas is a public land-grant research university in Fayetteville, Arkansas. It is the flagship campus of the University of Arkansas System and the largest university in Arkansas. Founded as Arkansas Industrial University in 1871, classes were first held on January 22, 1872, with its present name adopted in 1899. It is noted for its strong programs in architecture, agriculture, communication disorders, creative writing, history, law, and Middle Eastern studies, as well as for its business school, of which the supply chain management program was ranked the best in North America by Gartner in July 2020.

The university campus consists of 378 buildings spread across 512 acres of land in Fayetteville, Arkansas. Some well known architecture on campus includes Old Main, the first permanent academic building erected. Academic programs are in excess of 200. Enrollment for the fall semester of 2019 was 27,559. The ratio of students to faculty is approximately 19:1. The university is classified among "R1: Doctoral Universities – Very high research activity" and totaled expenditures of $175.5 million in FY 2018.

UA's athletic teams, the Arkansas Razorbacks, compete in NCAA Division I as members of the Southeastern Conference with eight men's teams and eleven women's teams in thirteen sports. The University is known for its traditions, including Calling the Hogs at sports events, and the Senior Walk, more than 4 miles of campus sidewalk etched with the names of all UA graduates since 1871. The University of Arkansas is also known for being the home of the founding chapter of Chi Omega sorority.
Total Experts:
2
% Masters:
61%

Top Experts at University of Arkansas

8 high paying remote jobs you can get right now (and how to get hired there)
Sara London
7 ways to manage the effects of job search fatigue
Rolf Bax
Have you been the victim of 1 of these 7 cases of wrongful termination?
AnnaMarie Houlis
Ladders / Company / University of Arkansas