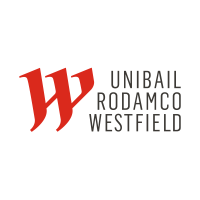 What are the highest paying jobs at Unibail Rodamco Westfield?

Unibail-Rodamco-Westfield SE is a European commercial real estate company headquartered in Paris, France. Its history originates with the formation of two separate shopping centre operators, Unibail and Rodamco Europe, which merged in 2007 and became a societas Europaea in 2009. The company acquired Australian shopping centre operator Westfield Corporation in June 2018.

As of 2018, Unibail-Rodamco-Westfield is the largest commercial real estate company in Europe, and is a component of the Euro Stoxx 50 stock market index. Its portfolio consists of retail property, office buildings, and convention centers within Europe and North America. Many of its shopping centres use the Westfield brand launched by Westfield Group in 1960 and shared with Scentre Group for properties in Australia and New Zealand since 2014. Retail properties owned by Unibail-Rodamco before the merger will carry the Westfield name.

...with Unibail Rodamco Westfield and 1000s of other companies paying $100K+

Unibail Rodamco Westfield Job Search in US and Canada