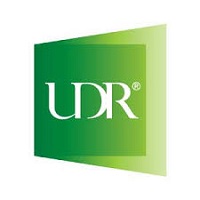 What are the highest paying jobs at UDR?

UDR Inc. is a publicly traded real estate investment trust that invests in apartments. The company is organized in Maryland with its headquarters in Highlands Ranch, Colorado. As of December 31, 2019, the company owned interests in 148 apartment communities containing 47,010 apartment units.

The company was founded in Highlands Ranch, Colorado in 1972. It became a public company via an initial public offering in January 1978. It was added to the S&P 500 Index in March 2016.

UDR Job Search in US and Canada

Top Jobs at UDR by City

Get paid to dream at work: This company will pay you to nap
Sara London
The average salary of a Chipotle general manager is $100K — and they’re hiring
Kyle Schnitzer
Amazon is now hiring 75K workers — and offering some $1K bonuses
Kyle Schnitzer
Ladders / Company / UDR