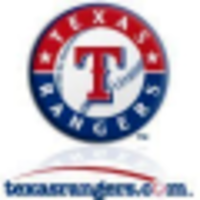 What are the highest paying jobs at Texas Rangers Baseball Club?

The Texas Rangers are an American professional baseball team based in the Dallas-Fort Worth metropolitan area. Texas competes in Major League Baseball as a member club of the American League West division. In 2020, the Rangers moved to the new Globe Life Field in Arlington after having played at Globe Life Park in Arlington from 1994 to 2019. The team's name is shared with the law enforcement agency of the same name.

The franchise was established in 1961 as the Washington Senators, an expansion team awarded to Washington, D.C., after the city's first AL ballclub, the second Washington Senators, moved to Minnesota and became the Twins. After the 1971 season, the new Senators moved to Arlington, and debuted as the Rangers the following spring.

The Rangers have made eight appearances in the MLB postseason, seven following division championships in 1996, 1998, 1999, 2010, 2011, 2015, and 2016 and as a wild card team in 2012. In 2010, the Rangers advanced past the division series for the first time, defeating the Tampa Bay Rays. The team then won their first American League pennant after beating the New York Yankees in six games. In the 2010 World Series, the franchise's first, the Rangers fell to the San Francisco Giants in five games. They repeated as American League champions the following year, then lost the 2011 World Series to the St. Louis Cardinals in seven games.
Total value of jobs:
$480,000
Average Pay:
$96,000
Total Experts:
1
% Masters:
23%

Do personality tests make it harder to hire the right person?
Sara London
19 examples of STAR interview questions (plus how to answer them using STAR method)
Jennifer Fabiano
Is this the worst job interview question? The internet seems to think so.
CW Headley
Ladders / Company / Texas Rangers Baseball Club