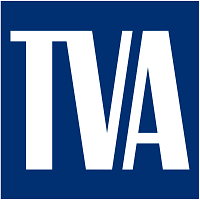 What are the highest paying jobs at Tennessee Valley Authority?

The Tennessee Valley Authority is a federally-owned electric utility corporation in the United States. TVA's service area covers all of Tennessee, portions of Alabama, Mississippi, and Kentucky, and small areas of Georgia, North Carolina, and Virginia. While owned by the federal government, TVA receives no taxpayer funding and operates similar to a for-profit company. It is headquartered in Knoxville, Tennessee, and is the sixth largest power supplier and largest public utility in the country.

The TVA was created by Congress in 1933 as part of President Franklin D. Roosevelt's New Deal. Its initial purpose was to provide navigation, flood control, electricity generation, fertilizer manufacturing, regional planning, and economic development to the Tennessee Valley, a region which was significantly affected by the Great Depression relative to the rest of the nation. TVA was envisioned both as a power supplier and a regional economic development agency that would work to help modernize the region's economy and society, but later evolved primarily into an electric utility.

It was the first large regional planning agency of the federal government and remains the largest. The TVA was considered a success in its efforts to modernize the Tennessee Valley, and helped to recruit new employment opportunities to the region. Under the leadership of David E. Lilienthal, the TVA also became the global model for the United States' later efforts to help modernize agrarian societies in the developing world.

Tennessee Valley Authority Job Search in US and Canada

What jobs can you get with a business degree?
Kattie Thorndyke
How to answer “What’s your desired salary?” (with 8 best responses)
Jessica Li
You have a “great” job offer… now what?
Kayla Duperreault
Ladders / Company / Tennessee Valley Authority