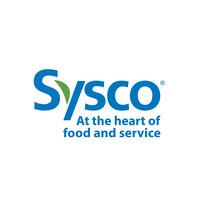 What are the highest paying jobs at Sysco?

Sysco Corporation is an American multinational corporation involved in marketing and distributing food products, smallwares, kitchen equipment and tabletop items to restaurants, healthcare and educational facilities, hospitality businesses like hotels and inns, and wholesale to other companies that provide foodservice. The company is headquartered in the Energy Corridor district of Houston, Texas.

Sysco, an acronym for Systems and Services Company, is the world's largest broadline food distributor; it has more than 600,000 clients in a wide array of fields. Management consulting is also an integral part of their services. The company operates approximately 330 distribution facilities worldwide; providing service to over 90 countries.

The company was founded by Herbert Irving, John F. Baugh and Harry Rosenthal in 1969. The company became public on March 3, 1970. On July 20, 2009, Fortune magazine ranked Sysco No. 204 in the annual Fortune 500 companies in world based on sales volume. On May 3, 2010, Fortune ranked Sysco as the 7th largest Fortune 500 Company in Texas and 55th largest in the U.S. by total revenue. Sysco is also the largest non-oil related company in Houston and the third largest non-tech related company in Texas. The company ranked No. 54 in the 2018 Fortune 500 list of the largest US corporations by total revenue.

Sysco Job Search in US and Canada

Top Jobs at Sysco by City

Get paid to dream at work: This company will pay you to nap
Sara London
The average salary of a Chipotle general manager is $100K — and they’re hiring
Kyle Schnitzer
Amazon is now hiring 75K workers — and offering some $1K bonuses
Kyle Schnitzer
Ladders / Company / Sysco