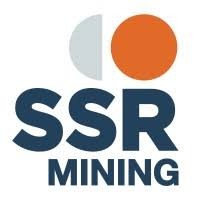 What are the highest paying jobs at SSR Mining Inc.?

SSR Mining, formerly Silver Standard Resources is a Vancouver based gold, silver, zinc and tin producer that owns the largest silver mine in Argentina. In addition it engages in exploration activity throughout the America's and Australia. Though its assets consist of 14 properties scattered across three continents it currently receives revenue from only one operation. Silver Standard also has a total gold resource of over 3.5 million ounces though 2P reserves represent only 5%. 12 of the 14 projects are 100% owned and Maverick Springs is. Not surprisingly a lot of its silver is in Mexico, Peru, the USA and Australia.

SSR Mining Inc. Job Search in US and Canada