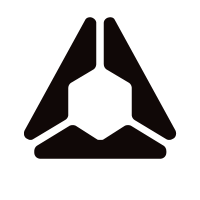 What are the highest paying jobs at Spire?

Spire Global, Inc. is a space-to-cloud data and analytics company that specializes in the tracking of global data sets powered by a large constellation of nanosatellites, such as the tracking of maritime, aviation and weather patterns.

The company currently operates a fleet of more than 90 CubeSats, the second largest commercial constellation by number of satellites, and the largest by number of sensors. Its satellites are integrally designed and built in-house. It has launched more than 100 satellites to orbit since its creation.

Spire Job Search in US and Canada

Top Jobs at Spire by City

8 high paying remote jobs you can get right now (and how to get hired there)
Sara London
7 ways to manage the effects of job search fatigue
Rolf Bax
Have you been the victim of 1 of these 7 cases of wrongful termination?
AnnaMarie Houlis
Ladders / Company / Spire