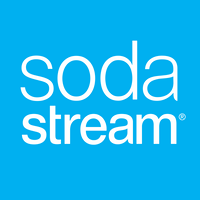 What are the highest paying jobs at SodaStream?

SodaStream International Ltd. is an Israel-based manufacturing company best known as the maker of the consumer home carbonation product of the same name. The soda machine, like a soda syphon, carbonates water by adding carbon dioxide from a pressurized cylinder to create soda water to drink. The company also sells more than 100 types of concentrated syrups and flavourings to make carbonated drinks. It now distributes its products in 80,000 individual retail stores across 45 countries.

The company was founded in 1903 in England. After the company merged with Soda-Club in 1998, it was relaunched with an emphasis on healthier drinks. It went public on the NASDAQ stock exchange in November 2010. SodaStream is headquartered in Kefar Saba, Israel, and has 13 production plants. In August 2018, SodaStream agreed to be acquired by PepsiCo for $3.2 billion. PepsiCo was attracted to the company due to its technological innovations and a desire to move into providing more healthy products. SodaStream has now launched Pepsico Flavours into their range.

Until 2015, its principal manufacturing facility was located in the Mishor Adumim industrial park in the West Bank, creating controversy and a boycott campaign. In October 2015, under pressure from BDS activists, SodaStream closed its factory in Ma'ale Adumim and moved to a new facility in Lehavim, and laid off more than 500 Palestinian workers in the process.

SodaStream Job Search in US and Canada

Top Jobs at SodaStream by City

19 examples of STAR interview questions (plus how to answer them using STAR method)
Jennifer Fabiano
Is this the worst job interview question? The internet seems to think so.
CW Headley
These are the 15 highest-paying psychology jobs
Hailey Hudson
Ladders / Company / SodaStream