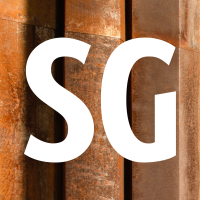 What are the highest paying jobs at SmithGroupJJR?

SmithGroup is an international architectural, engineering and planning firm. Established in Detroit in 1853 by architect Sheldon Smith, SmithGroup is the longest continually operating architecture and engineering firm in the United States that is not a wholly owned subsidiary. The firm's name was changed to Field, Hinchman & Smith in 1903, and it was renamed Smith, Hinchman & Grylls in 1907. In 2000, the firm changed its name to SmithGroup. In 2011, the firm incorporated its sister firm, JJR, into its name, becoming SmithGroupJJR. As of August 1, 2018, the firm changed its name back to SmithGroup.

The firm expanded outside North America by opening an office in Shanghai, China, in December 2013.

SmithGroupJJR Job Search in US and Canada

Top Jobs at SmithGroupJJR by City