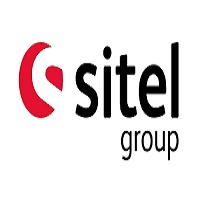 What are the highest paying jobs at Sitel?

Sitel is a privately owned contact center company headquartered in Miami, Florida. It provides outsourced sales, technical support, customer service, and other business processes for large companies. The company has 75,000 employees and $1.7 billion in revenue.

Sitel started as a subsidiary of United Technologies before being bought by then-President James Lynch in 1985. It grew quickly and became the first telemarketing organization to go public in 1995. It expanded internationally in the 1990s and 2000s. Financial problems prompted layoffs and restructuring in 2001. In 2007, majority owner Onex Corporation de-listed Sitel from NASDAQ. Group Acticall, the current owner and operator, acquired Sitel in 2015.

Sitel Job Search in US and Canada

Top Jobs at Sitel by City

Everything you need to know about becoming a dermatologist
Ashley Jones
These US cities will pay up to $20,000 for you to relocate—but there’s always a catch
Benjamin Lorber
A guide to using social media to your advantage when job hunting
Sarah Dillon
Ladders / Company / Sitel