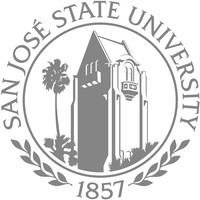 What are the highest paying jobs at San Jose State University?

Located in downtown San Jose, the SJSU main campus is situated on 154 acres, or roughly 19 square blocks. SJSU offers 145 bachelor's and master's degrees with 108 concentrations and five credential programs with 19 concentrations. The university also offers four doctoral degrees as of fall 2020. SJSU is accredited by the Western Association of Schools and Colleges.

SJSU's total enrollment was 33,025 in fall 2020, including approximately 5,400 graduate and credential students. SJSU's student population is one of the most ethnically diverse in the nation. As of fall 2019, graduate student enrollment, Asian, and international student enrollments at SJSU were the highest of any campus in the CSU system.

SJSU is consistently listed as one of the leading suppliers of undergraduate and graduate alumni to Silicon Valley technology firms, and philanthropic support of SJSU is among the highest in the CSU system.

San Jose State University Job Search in US and Canada