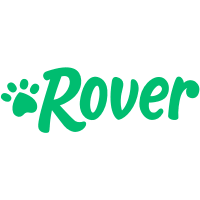 What are the highest paying jobs at Rover?

The Rover Company Limited was a British car manufacturing company that operated from its base in Solihull in Warwickshire. Its lasting reputation for quality and performance was such that its first postwar model reviewed by Road & Track in 1952 was pronounced finer than any but a Rolls-Royce. Rover also manufactured the Land Rover series from 1948 onwards, which spawned the Range Rover in 1970, and went on to become its most successful and profitable product — with Land Rover eventually becoming a separate company and brand in its own right.

Rover was sold to Leyland Motors in 1967, who had already acquired Standard-Triumph seven years earlier. Initially, Rover maintained a level of autonomy within the Leyland conglomerate, but by 1978, Leyland - by then British Leyland - had run into severe financial difficulties and had been nationalized by the British Government. Most of the assets of the former Rover Company were moved into a new BL subsidiary named Land Rover Ltd whilst the Rover marque itself continued to be used on other BL products which relied largely on Honda engineering. Nevertheless, Rover ultimately became the most prolific brand within BL and gave its name to the entire conglomerate in the form of the Rover Group in 1986, of which MG, Mini and Land Rover remained a part until the Rover Group was broken up by BMW in 2000.

Rover Job Search in US and Canada

Top Jobs at Rover by City

These are the 15 highest-paying psychology jobs
Hailey Hudson
6 jobs that prepare you for side hustle success
Kyle Young
This is what work will look like in 2030, and it isn’t pretty
Kyle Schnitzer
Ladders / Company / Rover