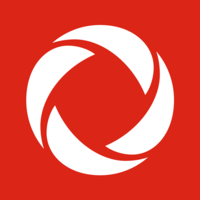 What are the highest paying jobs at Rogers Communications?

Rogers Communications Inc. is a Canadian communications and media company. It operates primarily in the fields of wireless communications, cable television, telephony and Internet connectivity, with significant additional telecommunications and mass media assets. Rogers has its headquarters in Toronto, Ontario. The company traces its origins to 1925 when Edward S. Rogers Sr. founded Rogers Vacuum Tube Company to sell batteryless radios, although this present enterprise dates to 1960, when Ted Rogers and a partner acquired the CHFI-FM radio station; they then became part-owners of a group that established the CFTO television station.

The chief competitor to Rogers is Bell Canada, which has a similarly extensive portfolio of radio and television media assets, as well as wireless, television distribution, and telephone services, particularly in Eastern and Central Canada. The two companies are often seen as having a duopoly on communications services in their regions, and both companies own a stake of Maple Leaf Sports and Entertainment. However, Rogers also competes nationally with Telus for wireless services, and primarily indirectly with Shaw Communications for television service.

Rogers Communications Job Search in US and Canada