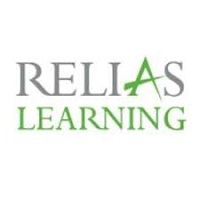 What are the highest paying jobs at Relias Learning?

Bertelsmann is a German private multinational conglomerate corporation based in Gütersloh, North Rhine-Westphalia, Germany. It is one of the world's largest media conglomerates and also active in the service sector and education.

Bertelsmann was founded as a publishing house by Carl Bertelsmann in 1835. After World War II, Bertelsmann, under the leadership of Reinhard Mohn, went from being a medium-sized enterprise to a major conglomerate, offering not only books but also television, radio, music, magazines and services. Its principal divisions include the RTL Group, Penguin Random House, Gruner + Jahr, BMG, Arvato, the Bertelsmann Printing Group, the Bertelsmann Education Group and Bertelsmann Investments.

Bertelsmann is an unlisted and capital market-oriented company, which remains primarily controlled by the Mohn family. The company's key principles are creativity and entrepreneurship.

Director of Marketing Operations and Analytics

Relias Learning Job Search in US and Canada

Director of Marketing Operations and Analytics