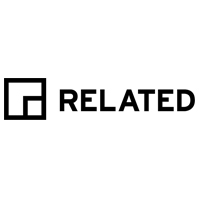 What are the highest paying jobs at Related?

It has developed mixed-use projects such as Time Warner Center and the Bronx Terminal Market, as well as CityPlace in West Palm Beach. Related is currently developing the Hudson Yards Redevelopment Project, which comprises 28 acres in Manhattan’s Chelsea and Hell's Kitchen neighborhoods. It is known as the leading developer in a city "notoriously difficult to build in."

In 1972, Stephen M. Ross founded Related Companies with a $10,000 loan from his mother and a business plan focused on affordable housing.

In 1985, the company constructed 225 Rector Place as a rental apartment complex. It sold the building in 2005 to developer Yair Levy and then bought the building back for $82.8 million after the lender, Anglo Irish Bank, foreclosed on the property in November 2010.

Related Job Search in US and Canada

Top Jobs at Related by City

6 jobs that prepare you for side hustle success
Kyle Young
This is what work will look like in 2030, and it isn’t pretty
Kyle Schnitzer
The 7 highest-paying entry-level jobs
Hailey Hudson
Ladders / Company / Related