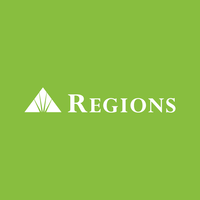 What are the highest paying jobs at Regions Bank?

Regions is ranked 434th on the Fortune 500 and is component headquartered in Alabama. Regions is also on the list of largest banks in the United States.

The company sponsors Regions Field, a Minor League Baseball stadium in Birmingham, Alabama, and the Tradition golf tournament. It sponsored the Regions Charity Classic, a golf tournament held in 2009 and 2010.

The company has a partnership with Operation HOPE, Inc., to provide free financial education to underserved community. In 2019, the company expanded its Workday, Inc., system in partnership with EnterpriseAlumni to engage and enable ex-employees to extend their corporate social responsibility initiatives.

Regions Bank Job Search in US and Canada

These are the 15 highest-paying psychology jobs
Hailey Hudson
6 jobs that prepare you for side hustle success
Kyle Young
This is what work will look like in 2030, and it isn’t pretty
Kyle Schnitzer
Ladders / Company / Regions Bank