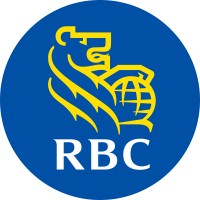 What are the highest paying jobs at RBC?

Royal Bank of Canada is a Canadian multinational financial services company and the largest bank in Canada by market capitalization. The bank serves over 16 million clients and has 86,000+ employees worldwide. The bank was founded in 1864 in Halifax, Nova Scotia, and maintains a corporate headquarters in Toronto and its head office in Montreal. RBC's institution number is 003. In November 2017, RBC was added to the Financial Stability Board's list of global systemically important banks.

In Canada, the bank's personal and commercial banking operations are branded as RBC Royal Bank in English and RBC Banque Royale in French and serves approximately ten million clients through its network of 1,209 branches. RBC Bank is the U.S. banking subsidiary which formerly operated 439 branches across six states in the Southeastern United States, but now only offers cross-border banking services to Canadian travellers and expats. RBC also has 127 branches across seventeen countries in the Caribbean, which serve more than 16 million clients. RBC Capital Markets is RBC's worldwide investment and corporate banking subsidiary, while the investment brokerage firm is known as RBC Dominion Securities. Investment banking services are also provided through RBC Bank and the focus is on middle market clients.

RBC Job Search in US and Canada

Top Jobs at RBC by City

Head of US Interest Rate Strategy

Everything you need to know about becoming a dermatologist
Ashley Jones
These US cities will pay up to $20,000 for you to relocate—but there’s always a catch
Benjamin Lorber
A guide to using social media to your advantage when job hunting
Sarah Dillon
Ladders / Company / RBC