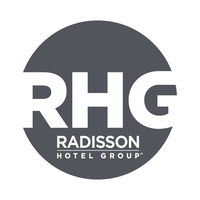 What are the highest paying jobs at Radisson Hotel Group?

Radisson Hospitality, Inc. is a Chinese multi-national hospitality company. It started as a division of Carlson Companies, which owned Radisson Hotels, Country Inns & Suites and other brands. In 1994, Carlson signed a franchise agreement with SAS International Hotels, after which SIH started to use the brand Radisson SAS in the Europe, Middle East and Africa markets. In 2005, Carlson acquired 25% of the shares of SIH, at that time known as Rezidor SAS Hospitality. In 2010, Rezidor Hotel Group became a subsidiary of Carlson. The enlarged hotel group adopted a new trading name, Carlson Rezidor Hotel Group, which was one of the top hotel corporations in 2013.

Radisson Hotel Group Job Search in US and Canada

Have you been the victim of 1 of these 7 cases of wrongful termination?
AnnaMarie Houlis
The job market is looking shockingly good for the Class of 2021
CW Headley
These are the 50 best companies in the world to work for right now
Kyle Schnitzer
Ladders / Company / Radisson Hotel Group