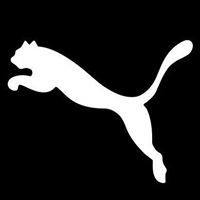 What are the highest paying jobs at Puma AG?

Puma SE, branded as Puma, is a German multinational corporation that designs and manufactures athletic and casual footwear, apparel and accessories, which is headquartered in Herzogenaurach, Bavaria, Germany. Puma is the third largest sportswear manufacturer in the world. The company was founded in 1948 by Rudolf Dassler. In 1924, Rudolf and his brother Adolf "Adi" Dassler had jointly formed the company Gebrüder Dassler Schuhfabrik. The relationship between the two brothers deteriorated until the two agreed to split in 1948, forming two separate entities, Adidas and Puma. Both companies are currently based in Herzogenaurach, Germany.

Puma has been a public company since 1986, listed on the Frankfurt Stock Exchange. French luxury group Kering holds 16%, Kering's largest shareholder Artemis SA owns 29% of the share capital. Since 1 July 2013, the company has been led by former football professional Bjørn Gulden.

As of 2017, Puma SE employs more than 13,000 people worldwide and distributes its products in more than 120 countries.

Following the split from his brother, Rudolf originally registered the newly established company as Ruda, but later changed the name to Puma. Puma's earliest logo consisted of a square and beast jumping through a D, which was registered, along with the company's name, in 1948. Puma's shoe and clothing designs feature the Puma logo and the distinctive "Formstrip" which was introduced in 1958.

Puma AG Job Search in US and Canada

These are the 10 best jobs if you want to retire early
Ashley Jones
How to quit your job (even if you just started)
Lani Assaf
What jobs can you get with a business degree?
Kattie Thorndyke
Ladders / Company / Puma AG