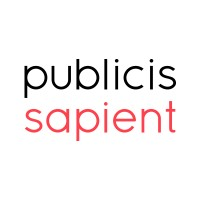 What are the highest paying jobs at Publicis Sapient?

Publicis Sapient is a digital business transformation company, founded in Cambridge, Massachusetts in 1990 by Jerry Greenberg and J. Stuart Moore.

On October 17, 2006, Greenberg and Moore appointed Alan Herrick President and CEO of Sapient.

On February 6, 2015, Sapient became a fully owned division of French advertising giant Publicis, in a deal valued at $3.7bn.

On November 17, 2016, Publicis.Sapient announced that SapientNitro was merged with sister agency Razorfish to form SapientRazorfish, which would be led by former SapientNitro CEO Alan Wexler. Publicis.Sapient consisted of both SapientRazorfish and Sapient Consulting, and was co-led by Alan Wexler and Sapient Consulting CEO Chip Register from this date.

On February 13, 2019, SapientRazorfish and Sapient Consulting were merged into one brand, Publicis Sapient, led by Nigel Vaz, who was appointed CEO on February 6, 2019.

Publicis Sapient Job Search in US and Canada