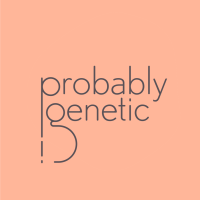 What are the highest paying jobs at Probably Genetic?

23andMe is a privately held personal genomics and biotechnology company based in Sunnyvale, California. It is best known for providing a direct-to-consumer genetic testing service in which customers provide a saliva sample that is laboratory analysed, using single nucleotide polymorphism genotyping, to generate reports relating to the customer's ancestry and genetic predispositions to health-related topics. The company's name is derived from the fact that there are 23 pairs of chromosomes in a normal human cell.

The company had a previously fraught relationship with the United States Food and Drug Administration due to its genetic health tests, but as of October 2015, DNA tests ordered in the US include a revised health component, per FDA approval. 23andMe has been selling a product with both ancestry and health-related components in Canada since October 2014, and in the UK since December 2014.

In 2007, 23andMe became the first company to begin offering autosomal DNA testing for ancestry, which all other major companies now use. Its saliva-based direct-to-consumer genetic testing business was named "Invention of the Year" by Time magazine in 2008.
Total value of jobs:
$125,000
Total Jobs:
1
Average Pay:
$125,000

Probably Genetic Job Search in US and Canada