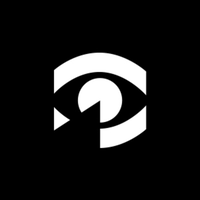 What are the highest paying jobs at Pinkerton?

Pinkerton, founded as the Pinkerton National Detective Agency, is a private security guard and detective agency established in the United States by Scotsman Allan Pinkerton in 1850 and currently a subsidiary of Securitas AB. Pinkerton became famous when he claimed to have foiled a plot to assassinate president-elect Abraham Lincoln, who later hired Pinkerton agents for his personal security during the Civil War. Pinkerton's agents performed services ranging from security guarding to private military contracting work. The Pinkerton National Detective Agency hired women and minorities from its founding, a practice uncommon at the time. Pinkerton was the largest private law enforcement organization in the world at the height of its power.

During the labor strikes of the late 19th, early 20th and early 21st centuries, businessmen hired the Pinkerton Agency to infiltrate unions, supply guards, keep strikers and suspected unionists out of factories, and recruit goon squads to intimidate workers. One such confrontation was the Homestead Strike of 1892, in which Pinkerton agents were called in to reinforce the strikebreaking measures of industrialist Henry Clay Frick, acting on behalf of Andrew Carnegie. The ensuing battle between Pinkerton agents and striking workers led to the deaths of three Pinkerton agents and nine steelworkers. The Pinkertons were also used as guards in coal, iron, and lumber disputes in Illinois, Michigan, New York, Pennsylvania, and West Virginia as well as the Great Railroad Strike of 1877 and the Battle of Blair Mountain in 1921.

Pinkerton•North Vancouver, BC V7G 1A1

Pinkerton Job Search in US and Canada

Top Jobs at Pinkerton by City

8 high paying remote jobs you can get right now (and how to get hired there)
Sara London
7 ways to manage the effects of job search fatigue
Rolf Bax
Have you been the victim of 1 of these 7 cases of wrongful termination?
AnnaMarie Houlis
Ladders / Company / Pinkerton