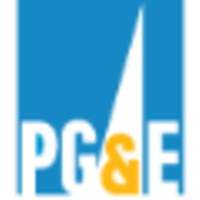 What are the highest paying jobs at PG&E Corporation?

The Pacific Gas and Electric Company is an American investor-owned utility with publicly traded stock. The company is headquartered in the Pacific Gas & Electric Building, in San Francisco California. PG&E provides natural gas and electricity to 5.2 million households in the northern two-thirds of California, from Bakersfield and northern Santa Barbara County, almost to the Oregon and Nevada state lines.:27

Overseen by the California Public Utilities Commission; PG&E is the leading subsidiary of the holding company PG&E Corporation, which has a market capitalization of $3.242 billion as of January 16, 2019. It was founded by George H. Roe after California's Gold Rush and by 1984 was the United States' "largest electric utility business". PG&E is one of six regulated, investor-owned electric utilities in California; the other five are PacifiCorp, Southern California Edison, San Diego Gas & Electric, Bear Valley Electric, and Liberty Utilities.

In 2018 and 2019, the company received widespread media attention when investigations by the California Department of Forestry and Fire Protection assigned the company primary blame for two separate devastating wildfires in California. The formal finding of liability led to losses in federal bankruptcy court. On January 14, 2019, PG&E announced its filing for Chapter 11 bankruptcy in response to its liability for the catastrophic 2017 and 2018 wildfires in Northern California. The company hoped to come out of bankruptcy by June 30, 2020, and was successful on Saturday, June 20, 2020, when U.S. Bankruptcy Judge Dennis Montali issued the final approval of the plan for PG&E to exit bankruptcy.

PG&E Corporation Job Search in US and Canada