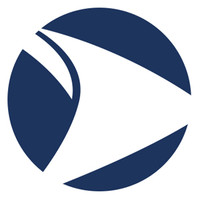 What are the highest paying jobs at Parallon Business Solutions?

HCA Healthcare is an American for-profit operator of health care facilities that was founded in 1968. It is based in Nashville, Tennessee, and, as of May 2020, owns and operates 186 hospitals and approximately 2,000 sites of care, including surgery centers, freestanding emergency rooms, urgent care centers and physician clinics in 21 states and the United Kingdom.

By conducting large-scale clinical research with partners including the Harvard Pilgrim Institute and the CDC, and using data gathered from their patients, HCA Healthcare has published several medical studies in peer-reviewed journals, including the REDUCE MRSA study published in the New England Journal of Medicine.

The company engaged in accounting and other practices in the 1990s that resulted in the payment of more than $2 billion in federal fines and other penalties, and the dismissal of the CEO by the board of directors. New management turned the company around, and HCA Healthcare was named one of the world's most ethical companies from 2010 to 2019 by the Ethisphere Institute.

...with Parallon Business Solutions and 1000s of other companies paying $100K+