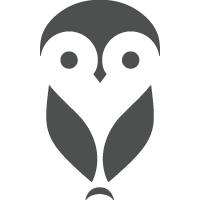 What are the highest paying jobs at Owl Labs?

Owl Labs is a company that makes 360° video conferencing devices called the "Meeting Owl" and the "Meeting Owl Pro". It was founded in 2014 by robotics experts Max Makeev and Mark Schnittman. It raised a total of $7.3M in venture capital from seed and Series A rounds led by serial entrepreneur Andy Rubin, Antonio Rodriguez and iRobot Ventures. In June 2017, it announced its Meeting Owl device. VentureBeat noted that unlike others Meeting Owl has "...a single 360-degree camera that can recognize and highlight the person speaking..." The device contains a Qualcomm Snapdragon.

Frank Weishaupt joined Owl Labs as CEO in January 2019 following a year of significant revenue and customer growth in 2018. In April 2019, Owl Labs announced it had closed its Series B investment round led by Spark Capital with continued participation from existing investors Matrix Partners and Playground Global. Owl Labs was recognized by the New England Venture Capital Association with a NEVY Award for "Hottest Tech Startup".

Owl Labs Job Search in US and Canada