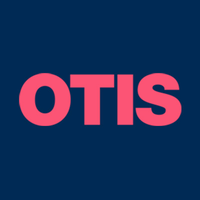 What are the highest paying jobs at Otis Worldwide Corporation?

Based in Farmington, Connecticut, U.S, Otis is the world's largest manufacturer of vertical transportation systems, principally focusing on elevators, moving walkways, and escalators. The company pioneered the development of the "safety elevator", invented by Elisha Otis in 1852, which used a special mechanism to lock the elevator car in place should the hoisting ropes fail.

The Otis Elevator Company was acquired by United Technologies in 1976, but it was spun off as an independent company 44 years later in April 2020 as Otis Worldwide Corporation.

Otis Worldwide Corporation Job Search in US and Canada

These are the 10 best jobs if you want to retire early
Ashley Jones
How to quit your job (even if you just started)
Lani Assaf
What jobs can you get with a business degree?
Kattie Thorndyke
Ladders / Company / Otis Worldwide Corporation