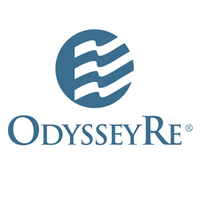 What are the highest paying jobs at Odyssey Re?

Odyssey Re Holdings Corp., headquartered in Stamford, Connecticut, United States, is an underwriter of property and casualty treaty and facultative reinsurance, as well as specialty insurance. It is a wholly owned subsidiary of Fairfax Financial, a financial services holding company. OdysseyRe operates through four divisions: Americas, EuroAsia, London Market and US Insurance. OdysseyRe offers a range of property, casualty, surety and credit, marine and energy, aviation and space reinsurance products from offices around the world.

Odyssey Re was listed as one of America's 400 Best Big Companies by Forbes in 2008 for the fourth time. The company's support of a Super-PAC in the 2012 United States presidential election has been deemed controversial by some, as interference by a Canadian-owned entity in American domestic politics.

High-Paying Jobs at Odyssey Re

Odyssey Re Job Search in US and Canada

Top Jobs at Odyssey Re by City

6 jobs that prepare you for side hustle success
Kyle Young
This is what work will look like in 2030, and it isn’t pretty
Kyle Schnitzer
The 7 highest-paying entry-level jobs
Hailey Hudson
Ladders / Company / Odyssey Re