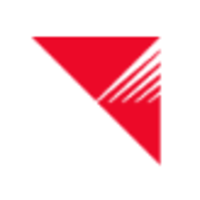 What are the highest paying jobs at NV Energy?

NV Energy is a public utility which generates, transmits and distributes electric service in northern and southern Nevada, including the Las Vegas Valley, and provides natural gas service in the Reno–Sparks metropolitan area of northern Nevada. Based in Las Vegas, Nevada, it serves about 1.3 million customers and over 40 million tourists annually.

MidAmerican Energy Holdings Company, a subsidiary of Berkshire Hathaway, acquired NV Energy in a transaction completed on December 19, 2013. NV Energy will continue to be based in Las Vegas under its current name. Prior to the acquisition by MidAmerican, the company's common stock was listed on the New York Stock Exchange under the ticker symbol NVE.

Get paid to dream at work: This company will pay you to nap
Sara London
The average salary of a Chipotle general manager is $100K — and they’re hiring
Kyle Schnitzer
Amazon is now hiring 75K workers — and offering some $1K bonuses
Kyle Schnitzer
Ladders / Company / NV Energy