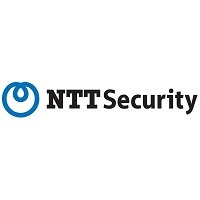 What are the highest paying jobs at NTT Security?

The Nippon Telegraph and Telephone Corporation, commonly known as NTT, is a Japanese telecommunications company headquartered in Tokyo, Japan. Ranked 55th in Fortune Global 500, NTT is the fourth largest telecommunications company in the world in terms of revenue, as well as the fifth largest publicly traded company in Japan after Toyota, Mitsubishi Corporation, Honda and Japan Post Holdings, as of September 2019.

While NTT is listed on the Tokyo Stock Exchange and the OTC Markets Group's Pink, the Japanese government still owns roughly one-third of NTT's shares, regulated by the NTT Law.

NTT Security Job Search in US and Canada

Everything you need to know about becoming a dermatologist
Ashley Jones
These US cities will pay up to $20,000 for you to relocate—but there’s always a catch
Benjamin Lorber
A guide to using social media to your advantage when job hunting
Sarah Dillon
Ladders / Company / NTT Security