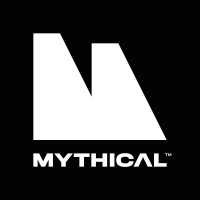 What are the highest paying jobs at Mythical Games?

Mythic Entertainment was a video game developer in Fairfax, Virginia that was most widely recognized for developing the 2001 massively multiplayer online role-playing game Dark Age of Camelot. Mythic was a prolific creator of multiplayer online games following its establishment in the mid-1990s.

On May 29, 2014, Electronic Arts announced it would be "closing the EA Mythic location in Fairfax", effectively winding down all the studio's operations. Despite the studio's closure, Dark Age of Camelot will continue to be supported by ex-Mythic staff under a new studio, Broadsword, which is also responsible for maintaining Ultima Online. As of 2018, the name remains a registered trademark of EA.

Mythical Games Job Search in US and Canada

19 examples of STAR interview questions (plus how to answer them using STAR method)
Jennifer Fabiano
Is this the worst job interview question? The internet seems to think so.
CW Headley
These are the 15 highest-paying psychology jobs
Hailey Hudson
Ladders / Company / Mythical Games