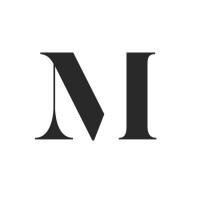 What are the highest paying jobs at Morphe?

Morphe Cosmetics, also known as Morphe Brushes, legally known as Morphe Holdings and stylized as MORPHE, is a Los Angeles cosmetics and beauty manufacturer founded in 2008. The company specializes in the digital retail direct-to-consumer distribution of beauty and personal care products using partnerships with social media influencers. Morphe has cut ties with multiple partners after the influencers became embroiled in controversy.

In August 2019, Morphe Holdings announced the company had formed new partnership with General Atlantic, who would acquire a majority stake. Additional terms of the deal were not disclosed, however, Morphe's existing shareholders would continue to be investors in the company.

Morphe partnered with Shane Dawson and Jeffree Star but cut ties in 2020 amid online criticism of the brand after the two became embroiled in a feud between beauty vloggers Tati Westbrook and James Charles and, in Star's case, accusations of racism.

Morphe partnered with Charles in 2017, producing two palettes of eyeshadows, but cut ties in 2021 amid online calls for a boycott after Charles admitted to inappropriately texting two 16-year-old boys when he was 20 or 21.

Is this the worst job interview question? The internet seems to think so.
CW Headley
These are the 15 highest-paying psychology jobs
Hailey Hudson
6 jobs that prepare you for side hustle success
Kyle Young
Ladders / Company / Morphe