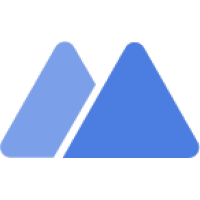 What are the highest paying jobs at Modern Health?

Moderna is an American pharmaceutical and biotechnology company based in Cambridge, Massachusetts. It focuses on drug discovery, drug development, and vaccine technologies based on messenger RNA.

Moderna's technology platform inserts synthetic nucleoside-modified mRNA into human cells. This mRNA then reprograms the cells to prompt immune responses. It is a novel technique, previously abandoned because of the side effects of inserting mRNA into cells. As of November 2020, the Moderna COVID-19 vaccine candidate, mRNA-1273, had shown preliminary evidence of 94% efficacy in preventing COVID-19 disease in a Phase III trial, with only minor flu-like side effects. This led to its submission for emergency use authorization in Europe, the United States, and Canada. On December 18, 2020, mRNA-1273 was issued an EUA in the United States. It was authorized for use in Canada on December 23, 2020, as well as in the European Union on January 6, 2021. Subsequently the mRNA-1273 was authorized in the United Kingdom on 8 January 2021.
Total value of jobs:
$2,310,000
Total Jobs:
10
Average Pay:
$165,000
% Masters:
13%

Modern Health Job Search in US and Canada