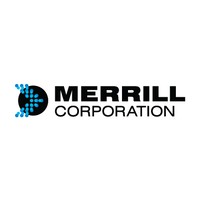 What are the highest paying jobs at Merrill Corporation?

Merrill, previously branded Merrill Lynch, is an American investing and wealth management division of Bank of America. Along with BofA Securities, the investment banking arm, both firms engage in prime brokerage and broker-dealer activities. The firm is headquartered in New York City, and once occupied the entire 34 stories of 250 Vesey Street, part of the Brookfield Place complex in Manhattan. Merrill employs over 14,000 financial advisors and manages $2.3 trillion in client assets. The company also operates Merrill Edge, an electronic trading platform.

Merrill Lynch rose to prominence on the strength of its network financial advisors, sometimes referred to as the "thundering herd", that allowed it to place securities it underwrote directly. In contrast, many established Wall Street firms, such as Morgan Stanley, relied on groups of independent brokers for placement of the securities they underwrote. It was once known as the "Catholic" firm of Wall Street and most of its executives were Irish Catholics.

Merrill Corporation Job Search in US and Canada

8 high paying remote jobs you can get right now (and how to get hired there)
Sara London
7 ways to manage the effects of job search fatigue
Rolf Bax
Have you been the victim of 1 of these 7 cases of wrongful termination?
AnnaMarie Houlis
Ladders / Company / Merrill Corporation