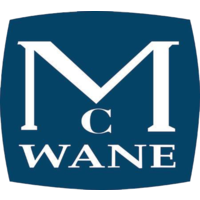 What are the highest paying jobs at McWane?

McWane, Inc. is one of the world's largest manufacturers of iron water works and plumbing products and one of America's largest privately owned companies. The company manufactures a host of different products including ductile iron pipe and fittings, cast iron soil pipe and fittings, heavy duty couplings, utility poles, network switches and monitoring equipment, and related products. McWane is also a manufacturer of pressurized cylinders for the storage of propane and other gases through its Manchester Tank and Equipment Company division, and fire protection systems and extinguishers through its Amerex subsidiary.

Based in Birmingham, Alabama, McWane is a family owned company employing more than 6,900 team members in over 25 manufacturing locations worldwide. In addition to the United States, the company has international operations in Australia, Canada, Chile, China, South Korea, India, Norway and the United Arab Emirates. Its products are used in Afghanistan, India and across Asia and the Pacific, throughout Europe, South America and nearly everywhere in North America. Its operating revenues are estimated at approximately $1.5 to 2 billion as of 2011.

McWane Job Search in US and Canada

Top Jobs at McWane by City

Get paid to dream at work: This company will pay you to nap
Sara London
The average salary of a Chipotle general manager is $100K — and they’re hiring
Kyle Schnitzer
Amazon is now hiring 75K workers — and offering some $1K bonuses
Kyle Schnitzer
Ladders / Company / McWane