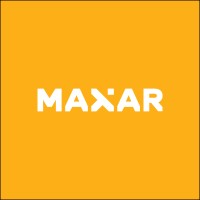 What are the highest paying jobs at Maxar Technologies?

In May 2019, the company was selected as the provider of the power and propulsion element for the Lunar Gateway developed by NASA.

On December 30, 2019, the company announced that it had entered into a definitive agreement to sell MDA's assets to a consortium of financial sponsors led by Northern Private Capital for CAD$1 billion. The sale includes all of MDA’s Canadian businesses, encompassing ground stations, radar satellite products, robotics, defense, and satellite components, representing approximately 1,900 employees. On April 8, 2020, the sale of MDA to NPC officially closed. The newly formed privately-held Canadian company was named MDA Ltd., which later listed on the Toronto Stock Exchange.

Maxar Technologies Job Search in US and Canada

These are the 10 best jobs if you want to retire early
Ashley Jones
How to quit your job (even if you just started)
Lani Assaf
What jobs can you get with a business degree?
Kattie Thorndyke
Ladders / Company / Maxar Technologies