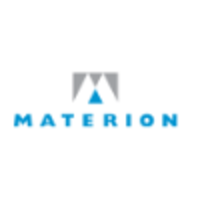 What are the highest paying jobs at Materion?

Brush Engineered Materials Inc. changed its name to Materion Corporation on March 8, 2011, and now trades under the symbol MTRN.

In March, 2017 Jugal K. Vijayvargiya was appointed President and Chief Executive Officer of Materion Corporation, replacing Richard J. Hipple, who had served in that position for 11 years. Vijayvargiya was also named a director of the corporation. A graduate of the Ohio State University, Vijayvargiya spent 26 years at Delphi Corporation in a variety of management positions. Hipple will become Executive Chairman.

IT Director of Infrastructure and Security

Materion Job Search in US and Canada

Top Jobs at Materion by City

IT Director of Infrastructure and Security