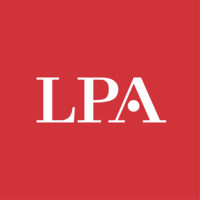 What are the highest paying jobs at LPA?

Logic Programming Associates is a company specializing in logic programming and artificial intelligence software. LPA was founded in 1980 and is widely known for its range of Prolog compilers and more recently for VisiRule.

LPA was established to exploit research at the Department of Computing and Control at Imperial College London into logic programming carried out under the supervision of Prof Robert Kowalski. One of the first implementations made available by LPA was micro-PROLOG which ran on popular 8-bit home computers such as the Sinclair Spectrum and Apple II. This was followed by micro-PROLOG Professional one of the first Prolog implementations for MS-DOS.

As well as continuing with Prolog compiler technology development, LPA has a track record of creating innovative associated tools and products to address specific challenges and opportunities.

LPA Job Search in US and Canada

Top Jobs at LPA by City

6 jobs that prepare you for side hustle success
Kyle Young
This is what work will look like in 2030, and it isn’t pretty
Kyle Schnitzer
The 7 highest-paying entry-level jobs
Hailey Hudson
Ladders / Company / LPA