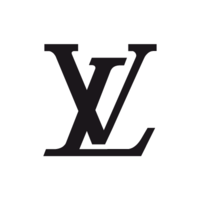 What are the highest paying jobs at Louis Vuitton?

Louis Vuitton Malletier, commonly known as Louis Vuitton or by its initials LV, is a French fashion house and luxury goods company founded in 1854 by Louis Vuitton. The label's LV monogram appears on most of its products, ranging from luxury trunks and leather goods to ready-to-wear, shoes, watches, jewelry, accessories, sunglasses and books. Louis Vuitton is one of the world's leading international fashion houses. It sells its products through standalone boutiques, lease departments in high-end departmental stores, and through the e-commerce section of its website.

For six consecutive years, Louis Vuitton was named the world's most valuable luxury brand. Its 2012 valuation was US$25.9 billion. In 2013, the valuation of the brand was US$28.4 billion with revenue of US$9.4 billion. The company operates in 50 countries with more than 460 stores worldwide.

Louis Vuitton Job Search in US and Canada

Get paid to dream at work: This company will pay you to nap
Sara London
The average salary of a Chipotle general manager is $100K — and they’re hiring
Kyle Schnitzer
Amazon is now hiring 75K workers — and offering some $1K bonuses
Kyle Schnitzer
Ladders / Company / Louis Vuitton