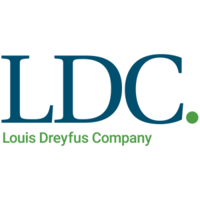 What are the highest paying jobs at Louis Dreyfus Company?

Louis Dreyfus Company B.V., also called the Louis-Dreyfus Group, is a global merchant firm that is involved in agriculture, food processing, international shipping, and finance. The company owns and manages hedge funds, ocean vessels, develops and operates telecommunications infrastructures, and it is also involved in real estate development, management and ownership. It is one of the "ABCD" quartet of companies - alongside Archer Daniels Midland, Bunge and Cargill - that dominates world agricultural commodity trading.

The company makes up about 10% of the world's agricultural product trade flows, and it is the world's largest cotton and rice trader. It is also regarded by many as the second-largest player in the world's sugar market. LDC Metals expanded to become the world's third biggest trader of copper, zinc and lead concentrate, behind only Glencore and Trafigura.

Louis Dreyfus Company has its head office in Rotterdam in the Netherlands. The company's parent, Louis Dreyfus Holding B.V., has its headquarters at the World Trade Center in Amsterdam. Louis Dreyfus companies are present in more than 100 countries, with 72 offices. Major offices are located in Geneva, London, Beijing, Buenos Aires, Paris, São Paulo, Singapore, New York City and Connecticut.