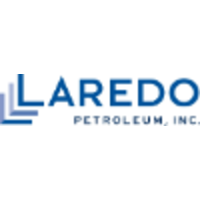 What are the highest paying jobs at Laredo Petroleum?

Laredo Petroleum, Inc. is a company engaged in hydrocarbon exploration organized in Delaware and headquartered in Tulsa, Oklahoma.

Laredo Petroleum has no connection or association with Laredo Oil, traded on the over-the-counter market.

As of December 31, 2019, the company had 293 million barrels of oil equivalent of estimated proved reserves, of which 27% was petroleum, 35% was natural-gas condensates and 38% was natural gas. All of these reserves were in the Permian Basin, where the company controlled 133,512 net acres.

The company drills almost all of its wells using what it calls the "earth model", which it claims increases efficiency.