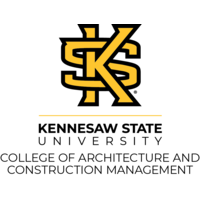 What are the highest paying jobs at Kennesaw State University?

Kennesaw State University is a public research university in the U.S. state of Georgia with two primary campuses, one in Kennesaw and the other in Marietta. The school was founded in 1963 by the Georgia Board of Regents using local bonds and a federal space-grant during a time of major Georgia economic expansion after World War II. KSU also holds classes at the Cobb Galleria Centre, Dalton State College, and in Paulding County. The fall 2020 enrollment exceeded 41,000 students making KSU the second-largest university by enrollment in Georgia while also having the largest freshman class in the state as well.

KSU is part of the University System of Georgia and is classified among "R2: Doctoral Universities – High research activity". The university has multiple academic programs in business, education, engineering, nursing, physical sciences, information technology, criminal justice, and sports management. Both the Kennesaw and Marietta campuses are located in suburban areas on a combined 581 acres of land.

KSU was chartered by the Board of Regents on October 9, 1963, during one of the most dramatic periods of college expansion in Georgia’s history. The university was officially founded by the Georgia Board of Regents approved the establishment of a junior college tentatively to be named Cobb County Junior College. In December 1964, Horace Sturgis was designated to serve as the future college's first president. When the school opened in fall of 1966, it was named Kennesaw Junior College and had an initial enrollment of 1,014 students.
Total Experts:
6
% Masters:
56%

...with Kennesaw State University and 1000s of other companies paying $100K+