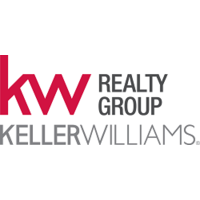 What are the highest paying jobs at Keller Williams Realty?

Keller Williams Realty is an American technology and international real estate franchise with headquarters in Austin, Texas. They claimed to be the largest real estate franchise in number of agents and sales volume for 2018 and 2019. It is operated by a holding company named KWx which was formed in 2020.

Founded in 1983 by Gary Keller and Joe Williams, it grew from a single office in Austin to approximately 940+ offices with over 180,000 associates worldwide as of May 2018. It is an Inc. 5000 company and has been recognized as one of the highest rated real estate companies by numerous publications, including Entrepreneur and Forbes. In 2018, it was listed as one of the "happiest companies to work for" by Career Bliss. Keller Williams topped Fast Company's list of the World's Most Innovative Companies in the real estate and urban development category for 2019.

Keller Williams Realty Job Search in US and Canada

These are the 15 highest-paying psychology jobs
Hailey Hudson
6 jobs that prepare you for side hustle success
Kyle Young
This is what work will look like in 2030, and it isn’t pretty
Kyle Schnitzer
Ladders / Company / Keller Williams Realty