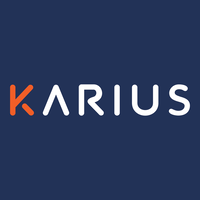 What are the highest paying jobs at Karius?

Loris Sven Karius is a German professional footballer who plays as a goalkeeper for Premier League club Liverpool.

Born in Biberach, Karius began his career with Stuttgart before moving to Manchester City in 2009. After two years in Manchester City's youth system, he returned to Germany with Mainz 05. He established himself as first-choice goalkeeper for the Bundesliga side before transferring to Liverpool in 2016 for a fee of £4.75 million. He represented Germany at youth level.

Karius Job Search in US and Canada

Top Jobs at Karius by City

Is this the worst job interview question? The internet seems to think so.
CW Headley
These are the 15 highest-paying psychology jobs
Hailey Hudson
6 jobs that prepare you for side hustle success
Kyle Young
Ladders / Company / Karius