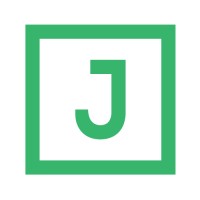 What are the highest paying jobs at Juniper Square?

The company was founded in 1996 by Pradeep Sindhu, with Scott Kriens as the first CEO, who remained until September 2008. Kriens has been credited with much of Juniper's early market success. It received several rounds of funding from venture capitalists and telecommunications companies before going public in 1999. Juniper grew to $673 million in annual revenues by 2000. By 2001 it had a 37% share of the core routers market, challenging Cisco's once-dominant market-share. It grew to $4 billion in revenues by 2004 and $4.63 billion in 2014. Juniper appointed Kevin Johnson as CEO in 2008, Shaygan Kheradpir in 2013 and Rami Rahim in 2014.

Juniper Networks originally focused on core routers, which are used by internet service providers to perform IP address lookups and direct internet traffic. Through the acquisition of Unisphere, in 2002, the company entered the market for edge routers, which are used by ISPs to route internet traffic to individual consumers. In 2003, Juniper entered the IT security market with its own JProtect security toolkit before acquiring security company NetScreen Technologies the following year. In the early 2000s, Juniper entered the enterprise segment, which accounted for one-third of its revenues by 2005. As of 2014, Juniper has been focused on developing new software-defined networking products.

Juniper Square Job Search in US and Canada

19 examples of STAR interview questions (plus how to answer them using STAR method)
Jennifer Fabiano
Is this the worst job interview question? The internet seems to think so.
CW Headley
These are the 15 highest-paying psychology jobs
Hailey Hudson
Ladders / Company / Juniper Square