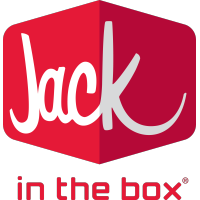 Jack in the Box

What are the highest paying jobs at Jack in the Box?

Jack in the Box is an American fast-food restaurant chain founded February 21, 1951, by Robert O. Peterson in San Diego, California, where it is headquartered. The chain has over 2,200 locations, primarily serving the West Coast of the United States. Restaurants are also found in selected large urban areas outside the West Coast, including Phoenix, Denver, Albuquerque, El Paso, Dallas-Fort Worth, Houston, Austin, San Antonio, Oklahoma City, Baton Rouge, Nashville, Charlotte, Kansas City, St. Louis, Indianapolis, and Cincinnati as well as one in Guam. The company also formerly operated the Qdoba Mexican Grill chain until Apollo Global Management bought the chain in December 2017.

Food items include a variety of chicken tenders and French fries along with hamburger and cheeseburger sandwiches and selections of internationally themed foods such as tacos and egg rolls.

Top Experts at Jack in the Box

High-Paying Jobs at Jack in the Box

Jack in the Box Job Search in US and Canada

Jack in the Box Compensation

Top Jobs at Jack in the Box by City