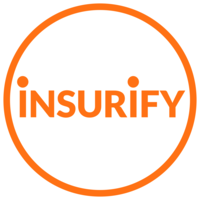 What are the highest paying jobs at Insurify?

Insurify is an American insurance comparison shopping website headquartered in Cambridge, Massachusetts. Partnering with insurance companies like Nationwide, Farmers, and Liberty Mutual, Insurify is licensed and operating in all 50 states. The platform has collected more than 100,000 reviews from customers.

In January 2015, company secured $2M of funding in a seed round led by Rationalwave Capital Partners and other angel investors. The funding was used to officially launch its marketplace website.

You have a “great” job offer… now what?
Kayla Duperreault
Do personality tests make it harder to hire the right person?
Sara London
19 examples of STAR interview questions (plus how to answer them using STAR method)
Jennifer Fabiano
Ladders / Company / Insurify